Australian golf fans have every reason to feel a little ripped off this year; there are only four Australian golfers in the field for the 2013 US Masters. 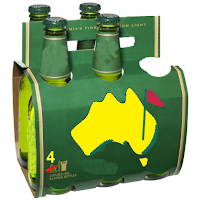 Every time I buy a packet of chips these days it feels like there are less and less in them. But somehow I’m still paying the same amount, if not more.

The finely tuned, finely mowed US Masters will be no different for Aussie golf fans in 2013 with just four Australian golfers in the field to tee off at Augusta National this Thursday (Friday morning Australian time).

Australian TV Times for 2013 US Masters

Six Australians took to the fairways of Augusta National in 2012, but the 2013 US Masters will feature John Senden, Adam Scott, Jason Day and Marc Leishman as the four Australians attempting to become the first to claim a green jacket.

The last time just four Australians played in the US Masters was back in 2002 when Tiger Woods won his third green jacket. The field is also notable for the absence of Australia’s last major winner Geoff Ogilvy who fell out of the world’s top-50 players last week and will miss out on his first major championship since 2005.

Interestingly, Ogilvy has made just five cuts in his last 12 majors.

Of the four Australians in the field, can we hope any of them will break the drought? My feeling is it’s unlikely given their current form… but golf’s a funny game. Let’s take a look at all four players in a little more detail. 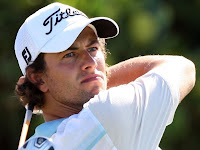 Adam Scott
After such an exciting finish to the 2011 US Masters where Adam Scott and Jason Day were pipped at the post by a fast finishing Charl Schwartzel, we probably had reason to believe Scott would have won a major by now. Scott finished in a tie for 11th at the 2012 US Masters thanks to a fantastic final round 66 and as we all know, he then went on to do everything but win the 2012 Open Championship.

So where is Scotty at now?

It is hard to gauge much from such limited statistics this year but Scotty focuses almost solely on majors these days and you can guarantee his game will be in good shape this week.

Scott has been one of the best ball strikers in the world over the past year and he is by far and away our best shot to win this thing. If Scott is putting ‘ok’ and doesn’t shoot himself out of the tournament in the first round, look out.

Jason Day
Jason Day hasn’t played at Augusta since 2011 as he pulled out of last year’s tournament due to a foot injury and his current form isn’t what you would call consistent.

Day played some great golf to finish third at the Accenture Match Play Championship on the back of a good finish at Pebble Beach. But since then he’s carded a T33, T43 and T45. Not exactly great form with each event marked by a low round, and a high one.

Day has reportedly been using a brain machine for relaxation and better concentration, but it leaves me wondering if Day is in the right space to win a US Masters at the moment. 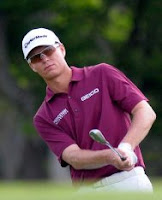 I was John Senden’s biggest fan last year. He looked like a golfer who was ready to jump from someone who was happy to finish top-10 to someone who could genuinely win his second PGA Tour event. Senden didn’t miss a cut during the second half of 2012 and was playing some remarkably consistent golf, but already in 2013 he has notched up three MC’s. Three of them have come in the last two months.

Senden has qualified for the field at Augusta on three previous occasions but missed the cut in all three attempts. Like all of these guys, I’d love to see Senden win at Augusta but I’m not sure he has the game or confidence to do so. 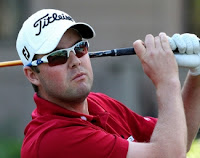 Marc Leishman
Leishman arrives at Augusta courtesy of his win at the Travelers Championship in June last year, the last time an Australian won on the US PGA Tour. However, this is not his first time Leishman tees it up at Augusta National. Leishman missed the cut at the 2010 US Masters but stuck around to watch on the weekend with a few mates from his home town of Warrnambool who had made the trip to see him play.

Leishman’s golf game isn’t great right now. He has missed four of nine cuts in 2013 including two in his last two tournaments.